Still, I am reading The Bluest Eye by Toni Morrison and I find myself enjoying it very much. As of now I am very interested in the topic of discrimination within this book because it something that all the characters face in some way, shape, or form. The time period is around the 1940s, a period of time where African Americans suffered greatly from prejudice and discrimination. A quote that stuck to me was “Poor and black, and they stayed there because they believed they were ugly” (Morrison 38). This is examining the living conditions of an African American family, The Breedloves, and is explaining that the reason they lived in a storefront was not because they had some temporary difficulties but because of societal norms, they were forced to lived there and were seen as inferior to white people. Something that I really thought about after reading this quote was that African American families during this time period were instilled with fear and were basically forced to abide by societal norms set by white people. They had to come to an agreement with themselves that they were “ugly” because they were black which made no sense at all from my perspective. Shortly after this quote, Claudia explains that the family’s ugliness was something that was given by a master which represents white people and how the family just had to accept it because if they went against anything the master said, there would be consequences. In my opinion, I feel like the African Americans at the time just had to come to an agreement with themselves in order to avoid harsh consequences which seems extremely unjust.

Something that I disagree with is the overall structure of some chapters and their beginnings. For example almost all chapters start with one big combined sentence that was mentioned in the Foreword such as “HEREISTHEFAMILYMOTHERFATHERDICKANDJANETHEYLIVEINTHEGREENANDWHITEHOUSETHEYARVERYH”. To me, this makes understanding the chapter a bit more difficult because the title is supposed to give some background about what is to come. Also, I find myself re-reading many chapters because sometimes the beginnings are just unclear. Some chapters just start right away with no context making it hard for me to comprehend what is going on. However, there is an aspect of the story that I do agree on. As mentioned earlier, in the story these African Americans are not given any choice but to come to an agreement with themselves that they are inferior. Claudia’s tone towards this is accepting but ambivalent, she knows that there is nothing anyone can do to stop the discrimination but she wants something to be done in order for her family and other African American families to feel accepted. I agree with Morrison’s choice of tone because Claudia is just a child so the topic of discrimination is something she may not fully understand but is affected by it. 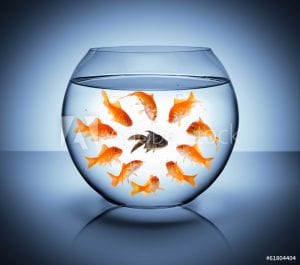 I am reading The Bluest Eye by Toni Morrison and it is a very interesting book because I get to see the lives of people who were considered “different” during that time period. The main conflict within this book is that Claudia, who is African American, is supposedly hated by almost every one. For example in the beginning of the book, Claudia almost gets into an argument with an older white woman and later on, her mom gets mad at her for falling ill and not being able to do any work. I think these problems may be solved by either Claudia stepping for herself to the people who treat her with disrespect or just try to wait it out in hopes that these vicious human beings will stop treating her in a cruel manner. Also, something I thought was interesting was that in the very first paragraph of the book, Claudia talks about how everyone has experienced hatred in some sort of way which may serve as a purpose to give the audience an idea of the topic she will be explaining and setup the mood for the horrible situations which may occur.

The topic of racial discrimination is similar to what I have seen in many slavery documents but not to the same extent, as of now. Currently, Claudia is discriminated because she is surrounded by white people which makes her different in society because she is black. Claudia is also hated at home which is interesting because I would think that living in a society where the “outsiders” are mean to you, your family should have your back and try to make you feel better instead of putting you down like the “outsiders”. So far, I like the structure of the book because there is repetition which really enhances the message the author is trying to convey to the audience. Also, i really like how the narrator describes various things with immense details. For example, when describing puke, Claudia states that it looked like an uncooked egg and explained the colors of it as well. It was not the most pleasant part to read but it was just interesting how the author can use so much detail to describe such a little thing. What I do not like about the book so far is that it is kind of hard to follow. For example, there are always new characters being introduced out of nowhere and I have to reread the pages a few times because sometimes I can’t even tell which characters are talking to each other in the dialogue. Overall, I am really into this book because I am interested to see how Claudia will overcome all the hatred that is thrown at her and I think throughout the book she may be portrayed a very brave character due to the fact that she pushes through all the troubles. I am also excited to read more about how these “different” people were treated and how they dealt with discrimination. 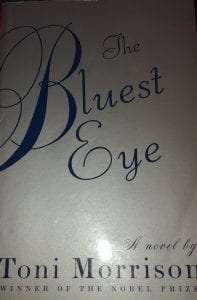